The children, who have managed to avoid self-isolation this week, have been continuing to learn all about Space. They began the week by completing the making all of the planets in our solar system. The planets have now been displayed in our space role play area. They look amazing! The children have loved singing songs about the planets and have learnt some amazing facts!

This week some children chose to make play dough stars and used their stars to find out one more or one less than a number on a rocket.

Other children wrote about what they would need if they were an astronaut going to the moon.

Some children made rockets out of junk modelling. They were great problem solvers and decision makers!

And the children loved dressing up as astronauts and pretending they were Tim Peake, flying to the moon in a rocket. They enjoyed working the rocket controls, space walking on the moon, looking for aliens, collecting moon rocks and keeping space logs. 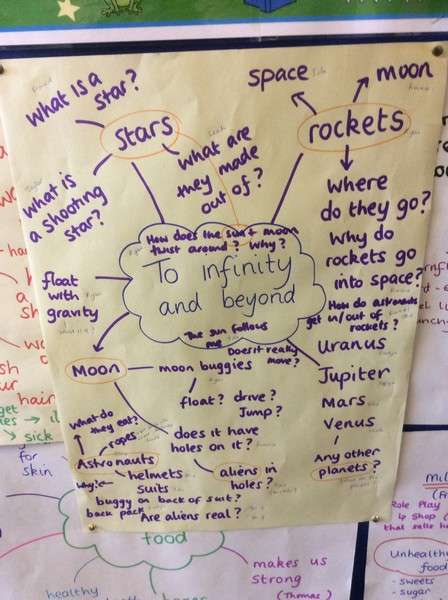 We decided to start the topic by focussing this week upon our planet, the Earth. The children have learnt a lot of information about Earth. We have discussed how the Earth rotates on its axis, how it orbits the sun, how it is the third planet in our solar system, how the Earth is made up of land and water, that Earth has an atmosphere and how Earth is the only planet to sustain life. The children know that we live on Earth and that Earth is a beautiful planet.

The children then decided to make our planet Earth in different ways. Some children chose to paint the Earth.

Some children decided to make the Earth out of play dough.

And some children decided to collage the Earth.

Lots of children stamped, read and wrote tricky words onto the Earth they had cut out of playdough.

Lots of children also used their phonic knowledge to write their own sentences about why the Earth is such a beautiful place to live.

The children have also been developing their knowledge and understanding of number. They have filled tens frames using green, blue and white gems. They matched the number of gems to corresponding numbers and then they explained how they knew they had the correct number of gems. The children are getting very good at subitising – for example, they know that 6 is 5 and 1 more, 7 is 5 and 2 more and 8 is 5 and 3 more.

The children have also been making all of the planets in our solar system. The planets will be displayed in our space role play area when they are finished. So far the children have paper mached the planets and next week they will paint them the appropriate colours. Why not pop down and take a look?!

To celebrate World Book Day the children all dressed up as their favourite book character. It was lovely to see such a variety in costumes. The children all looked amazing! 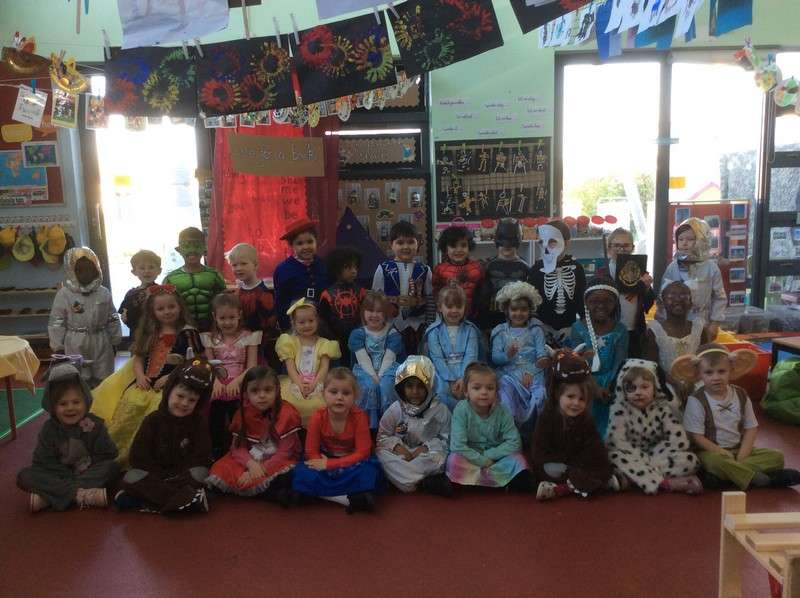