It is hard to believe that the Swans have been in Reception for a whole year and it is now the last week! This week we celebrated the end of the year with a teddy bears picnic.

The children made bear faced biscuits to share with their buddy’s who are currently in year 5.

We also had pom bear crisps, bear shaped cheesy bread and a bear cake. Our buddy’s brought tip tops to share with the Reception children. We ate our food outside and then played a game called ‘isn’t it funny how a bear likes honey.’

This week we also celebrated our August birthdays. Three of our Swans will be turning 5 in the holidays. 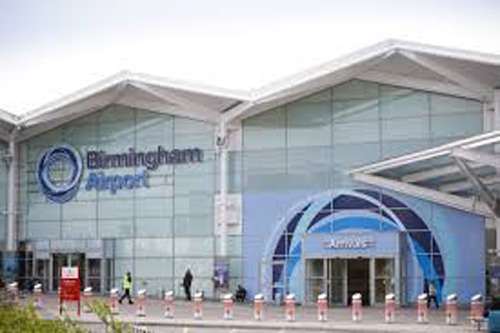 This week the Swans class went by coach to Birmingham Airport. They were very excited as we set off. Our first stop was at Birmingham International train station where we caught the monorail to the airport.

Ms Andrews had to go and get the key to the flight school so the swans had their snack while they were waiting. Once she got back we made our way up several flights of stairs to the flight school. From here we could see for miles across the airport, the landing strips, the control tower, aeroplanes and helicopters and baggage carts. Then we walked over to the viewing area to watch the planes landing and taking off.

Alex was our airport expert and was able to tell us when and which planes were coming and going. He spotted them before anyone else. We saw several different planes including a private yet!

Then we went back for lunch and an eye spy activity. We had a sheet of things to find. We managed to get a picture taken with a pilot and air stewards. The children got excited looking for the items on our eye spy lists.

We followed this with some observational drawings of the planes we could see from the windows.

There were some tired children travelling back to school on the coach!

Back at school we set up a check in desk and an aeroplane to encourage the children to apply the new language they had learnt, during role play. They had to make themselves a passport and book a holiday by choosing a destination on the globe or from the atlas.

This week we have been looking at different ways to travel in the air. We have had different activities out during discovery time linked to our theme. The children are getting excited about our trip to Birmingham Airport, so watch this space next week for photos of our trip!

On Wednesday the Swans went and spent the day in Year 1 with Miss Coghlan and Mrs Sargent. They came back full enthusiasm and are looking forward to being in Year 1 next year.

We have been learning about different ways to travel. As part of our transport theme we have used boxes and turned them into cars. On Thursday we went out onto the field and had car races. The children thought it was a lot of fun! We drove our cars around the field and back to the classroom.

Today we drove our cars to the drive in movies (the Swans classroom) we watched a movie in our cars and got to eat popcorn too. Watch out on your way home today as the Swans drive their cars home!

In the forest today children had the opportunity to climb a tree with adult supervision. Lots of children said they’d never climbed a tree before but they all had a go. Some were braver than others. Some were very pleased with their achievements.