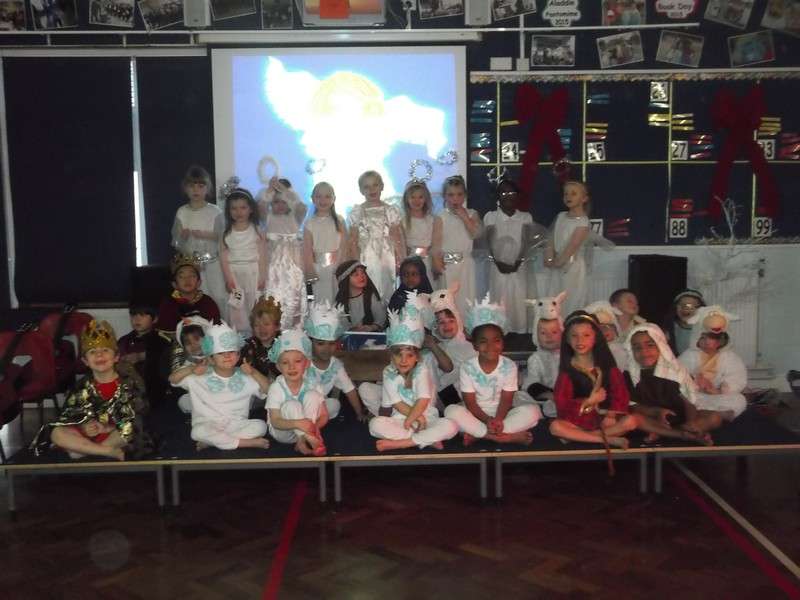 The children were amazing when they performed their Nativity play on Thursday. The children sang beautifully, everybody knew their words and they danced enthusiastically. We are all very proud of how the children have grown in confidence during the Autumn Term. I’m sure you will agree that the children were fantastic and we are truly amazed by their confidence on the stage. Well done Swans.

Watch the full performance below:

Click on the image below to view the Swans Wedding Album. 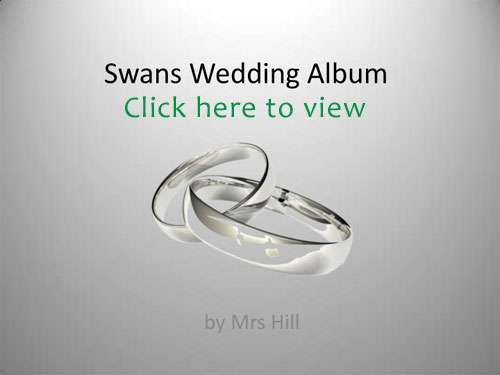 This week Zaynab. Lola and Dayne are our super workers of the week. Zaynab has been a Tryceratops , Lola has been a Thinkodactyl and Dayne has been a Proudosaurus. Well done children!

A big thank you to Mrs Sabir for being our special visitor on Tuesday. Mrs Sabir came into the Swans classroom to tell us all about a Hindu Wedding. We learnt that there are lots of similarities between Greek , Christian and Hindu Weddings but in a Hindu Wedding the bride and groom enjoy many Hindu traditions.

Mrs Sabir brought us some traditional clothing to wear for the wedding. Our bride had the giggles throughout!

We learnt that it was good luck for the groom to break a coconut by treading on it!

We also learnt that it was good luck to throw rice on the fire.

The bride and groom enjoyed being joined together and walking around the fire seven times!

A big thank you to Miss Lewis for being our special visitor today. Miss Lewis came into school to tell us all about a Greek Wedding. We learnt that there are lots of similarities between Greek and Christian Weddings but in a Greek Wedding the bride and groom enjoy many Greek traditions.

The children enjoyed the zorba dancing.

The children loved throwing rice at the bride as a symbol of good luck.

And the children really enjoyed the Greek tradition of breaking plates and throwing them up in the air! Thank you for teaching us all about Greek Weddings Miss Lewis.

This week we have also learnt about how to use the internet safely. We have learnt that we must always tell an adult if we are worried or concerned about anything we see or read on the internet. We have even learnt a song to help us remember what to do if we have an unusual pop up, message or website on our screens.

As the colder weather is fast approaching the Swans thought it would be a good idea to look after our local wildlife so during our Muddy Monday session this week we set to work making bird feeders. It was hard work but lots of messy fun! We later enjoyed placing our bird feeders around the forest and we even remembered to put some bird feeders on their side for the Robins, as Robins can’t feed upside down!