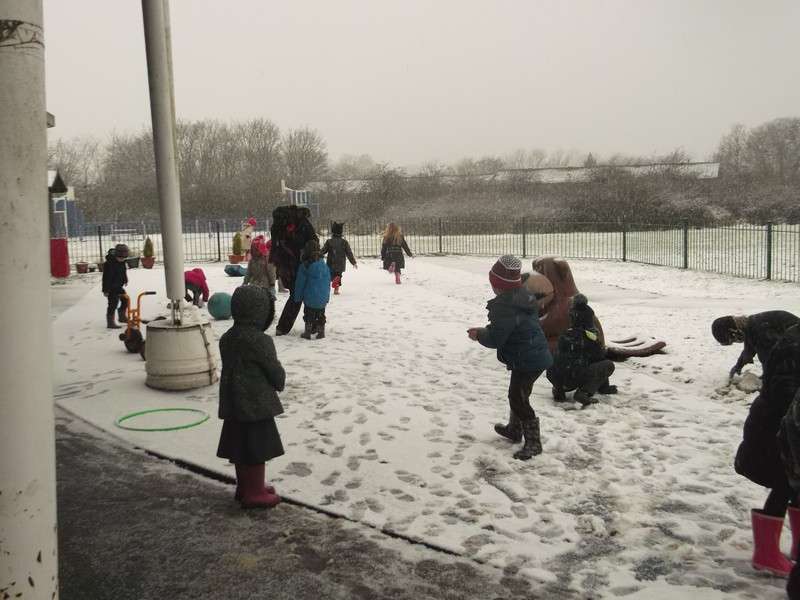 We had lots of fun on Thursday afternoon when it snowed!

This week we have been learning all about Space. We have thought and talked about what we might see and need on the moon and we have completed our Space Logs.

We have sequenced rockets to 20 and we have weighed moon rocks!

We became astronauts so we had to work together to build our own rocket. 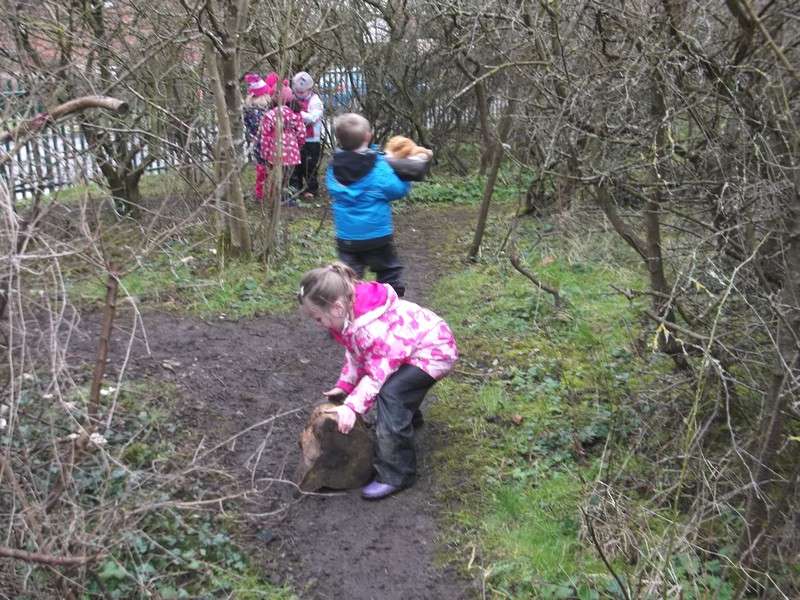 This week we made some animal homes. We had to work together to find a good place to build a home. We found lots of natural resources which we used creatively to make sure our animals were kept warm and dry. 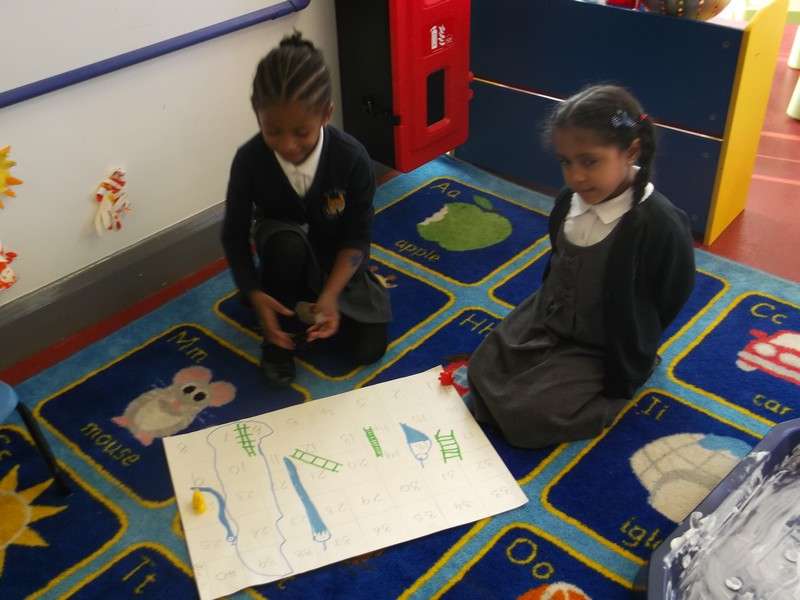 This week we have continued our topic on Toys and Games. We have concentrated upon making our own games. We have made different race to the top games, we have made our own snakes and ladders game boards and we have even made our own versions of Subbuteo. They were very tricky to make but we persevered and we were successful in the end. We enjoyed playing our games.

We have played lots of playground games in PE such as Stuck in the Mud, What’s the time Mr Wolf? and Duck, Duck, Goose. We then played games from the past in the classroom such as Cat’s Cradle, The Gate, Clapping Songs, Marbles, Noughts and Crosses and Tiddlywinks.

On Wednesday when it snowed we went outside and found some large footprints, some small footprints and some animal footprints! We think Mr Fox had visited our outside classroom.

We had fun making snow angels.

Back in the classroom we found the best way to warm our hands was to blow on them or sit on them!

This week in Group Reading we also discovered the camera button on the iPad!! 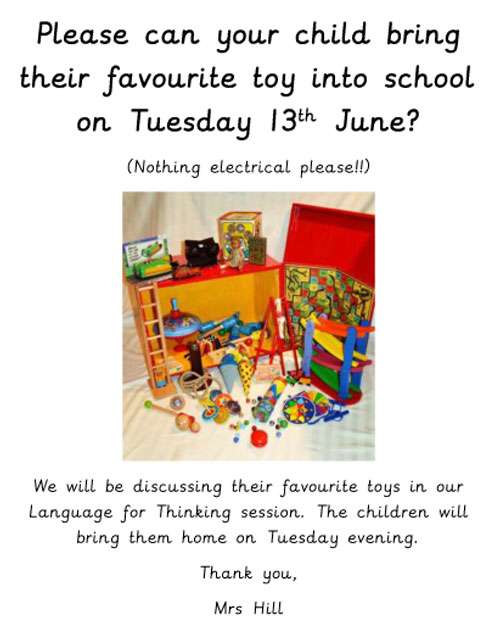 The children have been busy creating their own toy catalogues and they have had lots of fun playing with Mrs Hill’s toys.

The children have loved playing the Obb and Bob game. In this game the children had to read CVC words and decide whether they were real or nonsense!

They have also investigated how to get plastic flies out of ice eggs and they have explored how to make a marble run out of Duplo Lego!

Through reading the story ‘Kipper’s Toybox’ the children have enjoyed searching for Kipper’s lost ‘sock thing’ around the classroom and they have even managed to make their own ‘sock thing!’